Applying for a Coop position in Google without any hope that they will get back to me. It was a rainy morning when I saw a new email notification, and it’s from Google, I was numb for a while and couldn’t believe in my eyes.

After the excitement, comes the anxiety, the requirements are to answer 2 coding sample questions in 90 minutes and I know it will be hard… I didn’t take a look at it until I finished all the final exams (it came at the right time, eh?).  So today, I read the email and see that they provide the practice question aside from the coding sample questions. That’s great, at least I could have some scene of what I’m doing. Sadly, there’s only one practice question available, I don’t think it’s enough for me to be prepared….

What is the practice question of Google interview?

We are given a string S consisting of N characters and an integer K. The string represents a software license key which we would like to format. The string is composed of alphanumerical characters and/or dashes. The dashes split the alphanumerical characters within the string into groups (i.e. if there are M dashes, the string is split into M+1 groups). The dashes in the given string are possibly misplaced.
We want each group of characters to be of length K (except for possibly the first group, which could be but still must contain at least one character). To satisfy this requirement, we will reinsert the dashes. Additionally, all the lower case letters in the string must be converted to upper case.
For example, in the license key “2-4A0r7-4k
” there are two dashes which split it into three groups of lengths 1, 5 and 2, respectively. If we want each group to be of length 4, then we would have to reinsert the dashes. Thus, for K = 4, the correctly formatted string is “24A0-R74K”.
Write a function:
function solution(S, K);
that, given a non-empty string S consisting of N characters, representing a license key to format, and an integer K, returns the license key formatted according to the description above.

You can choose the programming language that you want among:  C, C++, C#, Go, Java, JavaScript or Python. For me, I chose JavaScript since this is the one that I feel comfortable the most.

To be honest, it was hard for me, I didn’t get used to this kind of question, and I’m not that good to solve it quickly. I was required to finish it in 30 minutes, I complete at the last second only for the naive solution not the optimal one.

First, I decided to solve the easiest problem.

Second, I must take all of out of the string S. And I could transform the string to uppercase at this point also

Third, loop through the string and add “-” where it should be, depend on variable K

I started to code with , just to make it works with using the  from built-in methods and doesn’t care about performance.

Since I’m not familiar with using Regex, I used a helper method for checking string valid.

This code uses a lot of built-in methods which I think it has a big time complexity. Then I tried to improve my code without using too many built-in method.

In this case,  I looped through the string and checked if a single character is not “-” or “/” I would add it to an object.

Though it works, I’m not sure this algorithm is good enough since I’ve just started learning about algorithm by an online course.

If you’re reading this post and know there is a better way, feel free to write something in comment section. 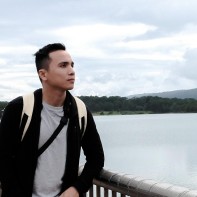 Sam - January 24, 2021
0
With previous experience working with React, moving to Flutter, hooks are things that I feel missing the most. Hooks help a lot...

Flutter – The use of Selector in Provider package

Make a gradient button in Flutter